I am an experienced Notting Hill based mobile drag queen makeup artist. In addition; I have been doing makeup for drag artists and private clients in London for almost 10 years now. I can give drag makeup lessons, do makeup for a special event and give wig advice for the gay and transgender community.

Finalist at the London Hair and Beauty Awards 2015.
Winning Best Newcomer at the M.A.C. Awards in 2007.
Runner up for Most Creative in 2008.

16 years makeup & hair expertise in TV/Film, Fashion and Celebrity. Based in Notting Hill, Central London, Fiona provides a mobile service travelling across the city and beyond. In addition to makeup, I also offer nails, wig styling & sourcing, styling advice; together with wig or making hair pieces. Also available as a photographer for drag queen makeup artist sessions; where I will be able to provide you with professional images for portfolio and web.

In Conclusion, Fiona has been a photographer for over three years. Her service includes makeup, wig styling, nails, photography and retouching. Photographic services start at £140 for makeup with a half an hour shoot and 1 retouched shot & the best raws. I can offer an hours shoot and 5 retouched shots for £190.00. VISIT www.professionalphotographer.london Contact Fiona to book your drag queen makeup artist today info@freelancemakeupartist.london / 07985 179 315 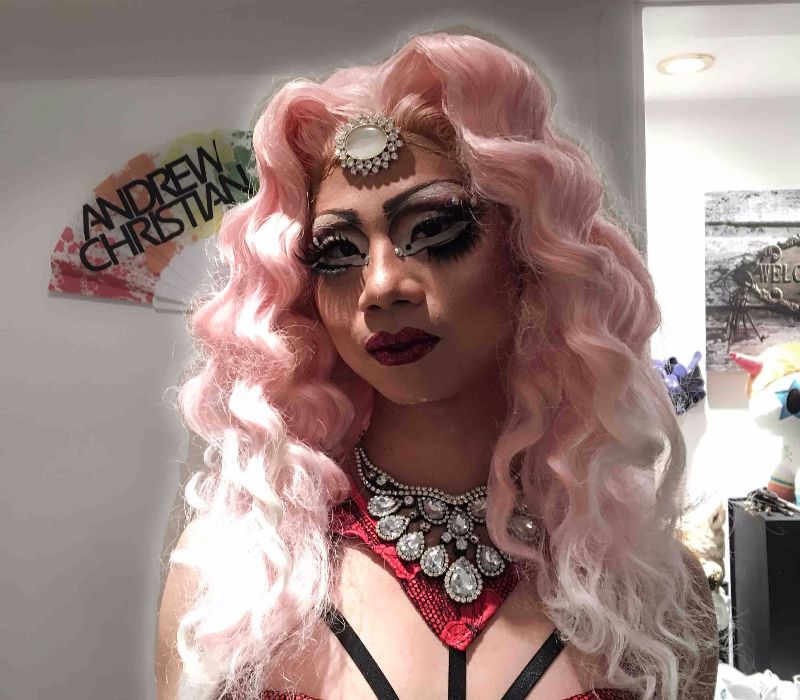 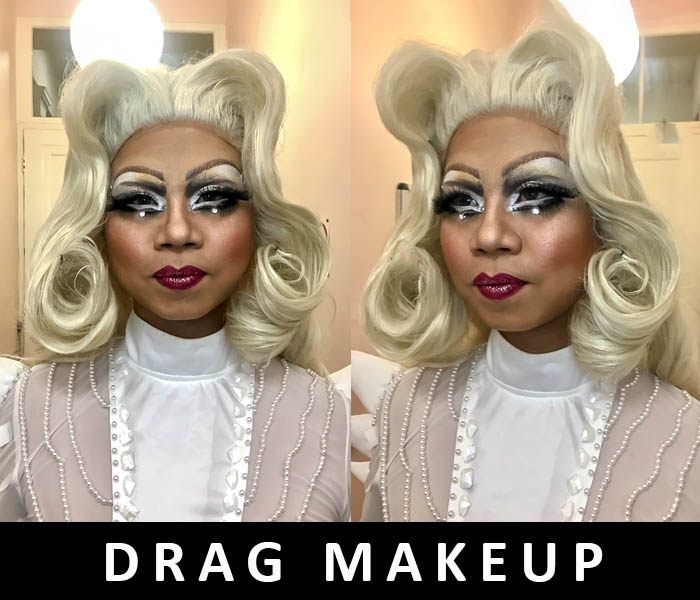 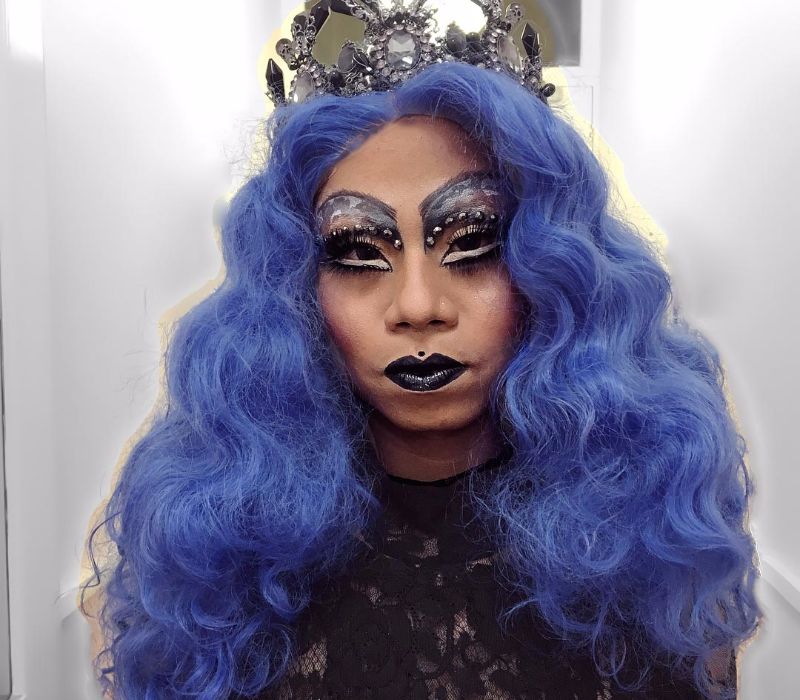 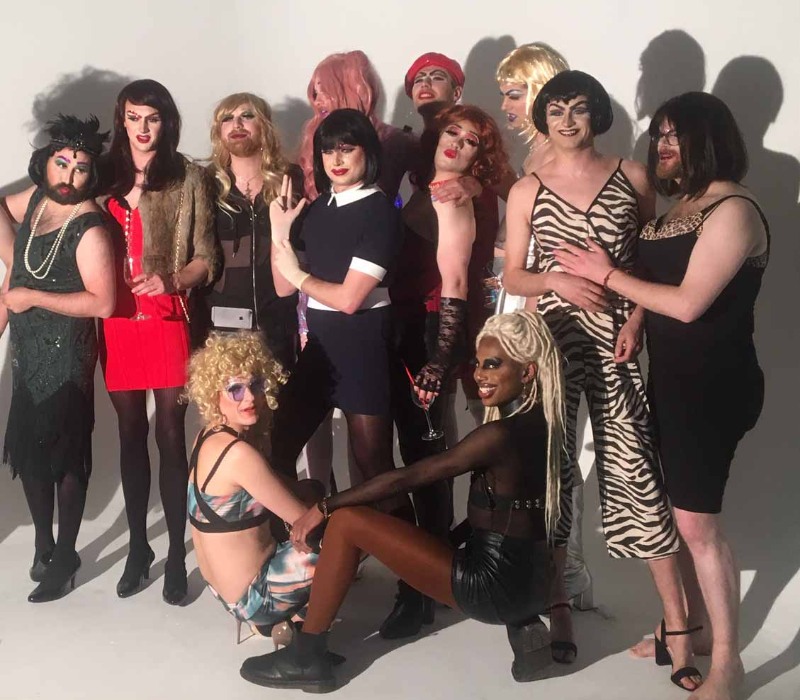 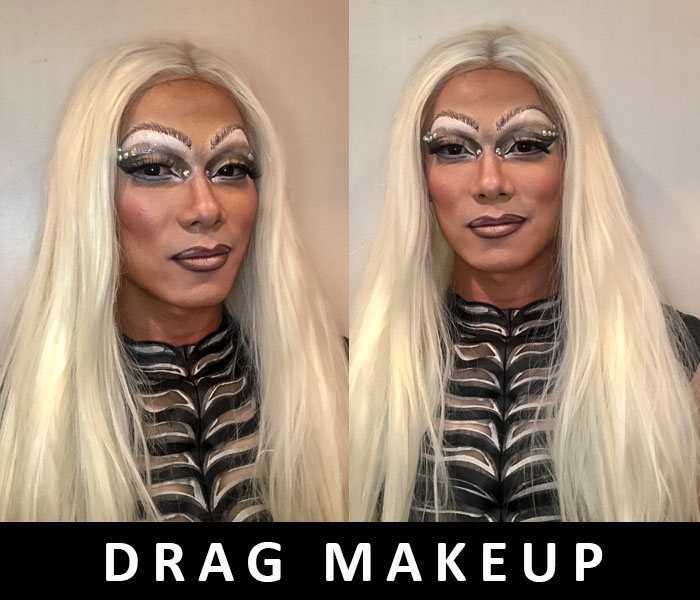 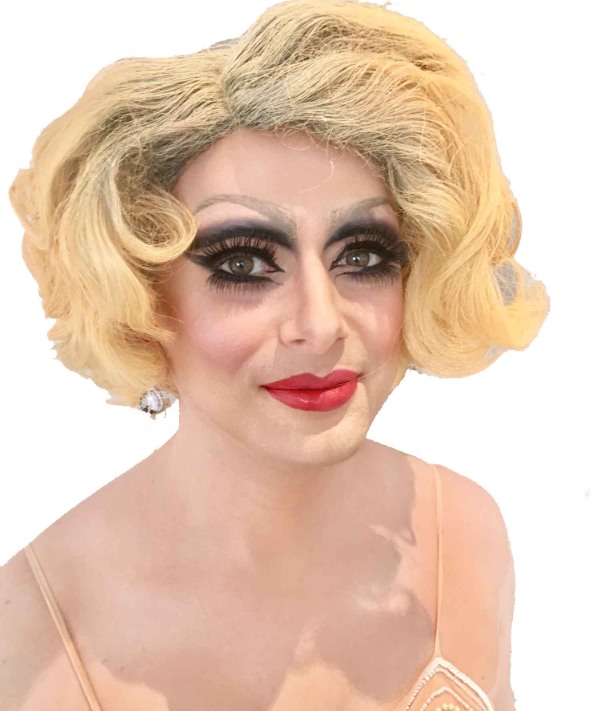 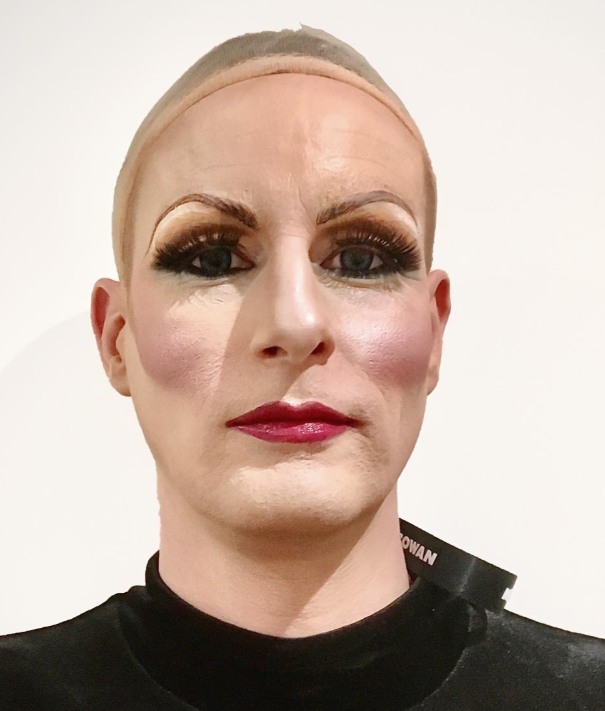 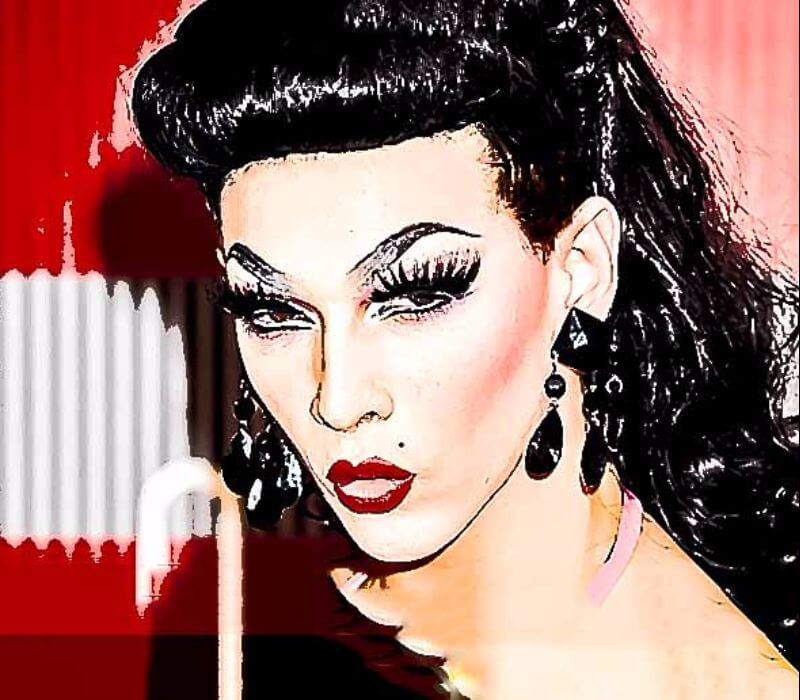 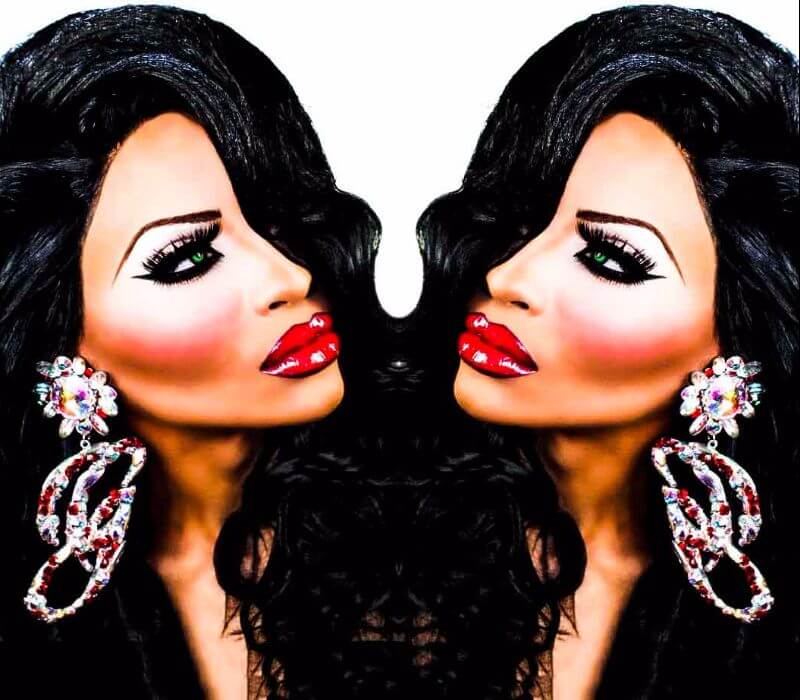 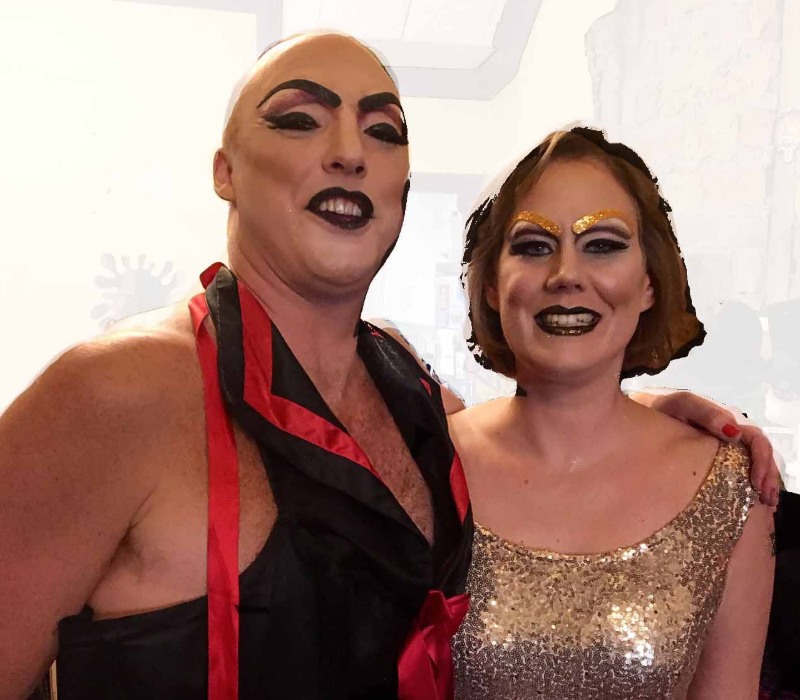 DRAG MAKEUP FOR COUPLE WITH STICK ON BROWS 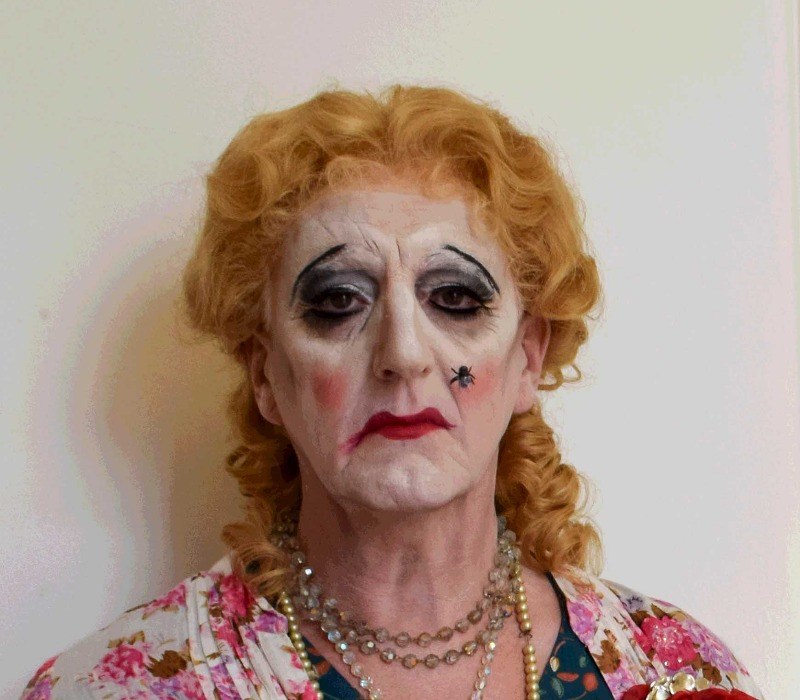 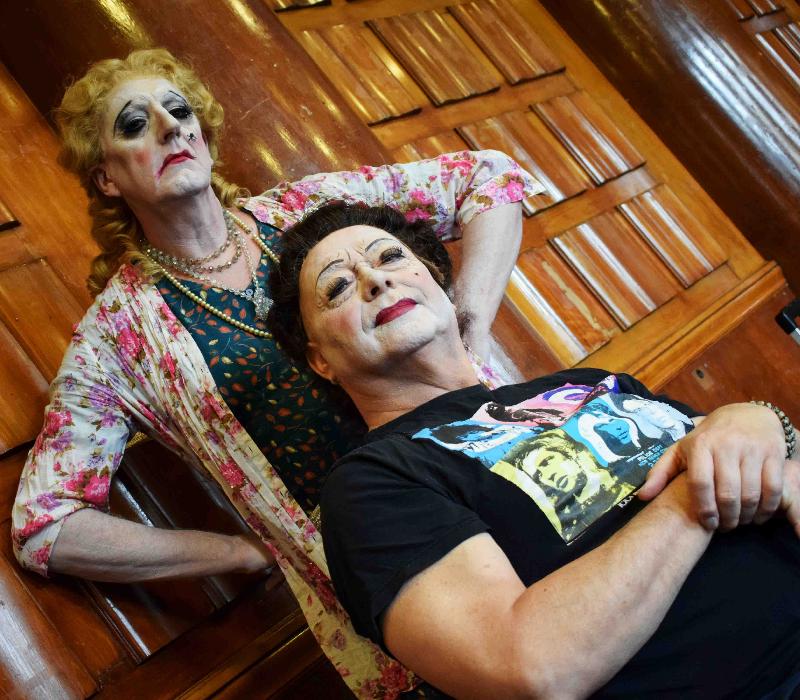 Drag as we know it today; started in a theatrical setting, with female impersonation going back to ancient Roman literature and classical Chinese theatre. During the Middle Ages in Europe, the Christian Church continued the tradition of banning women on stage as a moralistic precaution to preserve their sexual propriety. At that time, theatre existed only in the form of church pageants that reenacted Biblical stories, and it wasn't until the 17th century that opera first opened up stage roles for women. In 1660, King Charles II lifted the curtain on gender restrictions on stage, at last allowing women to play themselves. Over the next few decades, it even became popular for women to portray male characters. Incidentally, the loosening of gender restrictions in Western theatre took place as stage rules tightened in the East. In 1629, Japan instituted a ban on female actors, specifically targeting all-female kabuki troupes. Back in Britain, a British theatre genre called pantomime evolved around masculine-looking actors feigning effeminacy for laughs, while a female actor played a young male protagonist [source: The British Players]. The first pantomime -- also known as panto -- play opened in 1723, and the gender-bending tradition of men costumed in women's garb, wigs and excessive makeup to lampoon stereotypes of older, sexually knowledgeable, women took off and would later inform vaudeville acts across the pond. Before the rise of urban centres and movie theatres in the United States, travelling vaudeville shows were one of the most popular forms of family-friendly entertainment from 1870 to 1920. Alongside kooky acts such as ventriloquists and amateur acrobats, pantomime like drag performances were also popular and considered safe for audiences of all ages. Although these early drag entertainers intended to mock rather than emulate their put-on heroines. At the turn of the century, homophobic anxieties over men dressing up as women didn't stoke much public complaint, but as gay men gradually came out of the closet, drag became more closely linked with homosexuality and transitioned to more of an underground art form. In the 1920s and early 1930s, gay men also found new places to congregate away from the prying eyes of the law. By the 1950s, police had begun cracking down on gay-friendly establishments and enforcing anti-cross-dressing laws; in New York, for instance, men were legally obligated to wear no fewer than three pieces of male clothing in order to not be arrested for drag. This continued harassment and forced underground life style finally reached boiling point in the 1969 Stonewall Riots when a gay night club was raided and police brutality led to New York’s gay community and sympathisers standing against the police in days of protest and rioting. It is also regarded by many as history’s first major protest on behalf of equal rights for homosexuals.